You are in : Home » Company » We are the sponsors of the future world champions…

We are the sponsors of the future world champions…

Writteb by Administrator
2 September 2014
No Comments

One of various projects we support is the sponsorship of a children’s football team in Germany.

The 2014 FIFA World Cup has just ended and everybody is celebrating Germany, the winner of the tournament. The team classified for the finals after beating Brazil in a match that made history.

For the second year in a row PegPerego is the official sponsor of SpVgg Röhrmoos, a German under-10 soccer team. 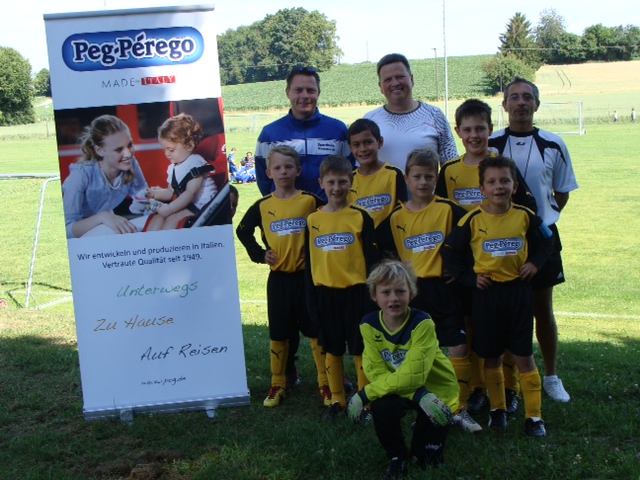 Will these young talents be future champions? We hope so and – for the time being – we will continue to support them enthusiastically! Also because their trainer is Luigi Pisano, an employee of ours, and his son is the attractive, curly-haired boy on the right.
Aren’t we always saying we are a big, worldwide family?